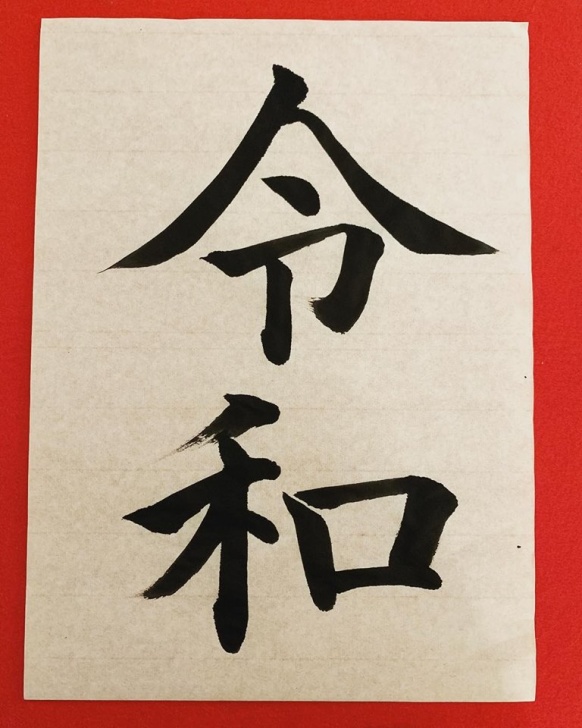 Master calligrapher, Masako Inkyo, writes "Reiwa" in calligraphy, the name of the new era started on May 1st.

The new era started on May 1 when Crown Prince Naruhito ascended the Chrysanthemum Throne a day after the abdication of his father, Emperor Akihito, brought to an end the 31-year Heisei era.

The name, or "gengo", figures in daily life on coins, drivers' licenses and official paperwork, as well as in counting years, though many Japanese also use the Western calendar.

But Reiwa's meaning has generated confusion and controversy. The first character, "rei," is often used to mean "command" or "order," imparting an authoritarian nuance that offends some. Prime Minister Shinzo Abe and his government prefer "good" or "beautiful", a less widely known sense. The second character, "wa," is defined as "peace" or "harmony", and together they mean "beautiful harmony," Japan's consulate in New York said in a bid to dispel confusion. "It does not mean 'order and harmony' as has been reported in the press," the consulate said in a statement.