The history of our company has a close relation with the history of Kumanofude-making (brush-making) in Kumano Town.

About 180 years ago (the end of the Edo-period), the young villagers, who were the pioneers of fude- making in Kumano Town, learned the skills from fude craftsmen in Kinki area in Japan. At the same time, Hiroshima clan encouraged selling fude as one of Hiroshima’s crafts toward all over the country. Then both fude-making and selling toward the other area was established in Kumano Town.

Mr. Yasubei Shiromoto (great-great-grandfather of the current President) became a brush craftsman in 1868 (Meiji 2) and started fude-making in Kumano Town.
Mr. Shodai Joichi Shiromoto (Joichi Shiromoto I (First)) received the license from Hiroshima Prefecture as "Fude Yui (making and selling brushes)" first in Kumano Town in January 1881 (Meiji 14), and we, as a company named “Shiromoto Shouten,” started brush manufacturing and selling, officially. Therefore, January 1881 is the official foundation year of our company.

We built a small Temple dedicated to the Kannon, who protects people in the town, on the premises of the company in appreciation of the ancestor and/or senior fude craftsman's achievement in 1869 (Meiji 3). Although Houto, stone lantern, remained with that time, the temple was rebuilt in 1964 (Showa 39).

We promise and respect tomorrow's prosperity of the town and the company. 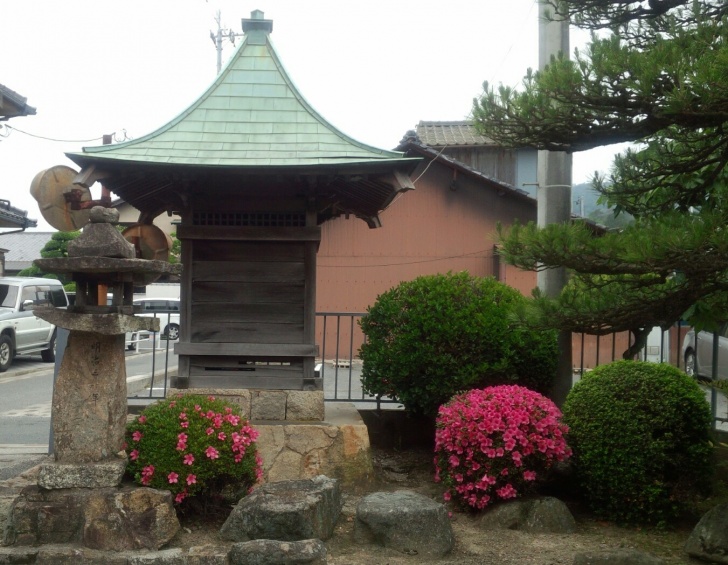