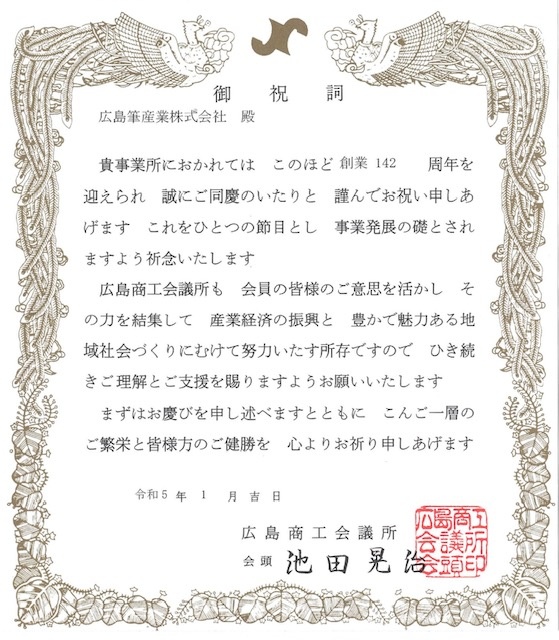 Mr. Yasubei Shiromoto (great-great-grandfather of the current President) became a brush craftsman in 1869 (Meiji 2) and started fude-making in Kumano Town.

Mr. Shodai Joichi Shiromoto received the license from Hiroshima Prefecture as "Fude Yui (making and selling brushes)" first in Kumano Town in January 1881 (Meiji 14), and we, as a company named “Shiromoto Shouten,” started brush manufacturing and selling, officially. Therefore, January 1881 is the official foundation year of our company, and this year is 142nd anniversary!

We also celebrate our 154th anniversary of brush-making, and we appreciate your long-time patronage to our company and our brushes!